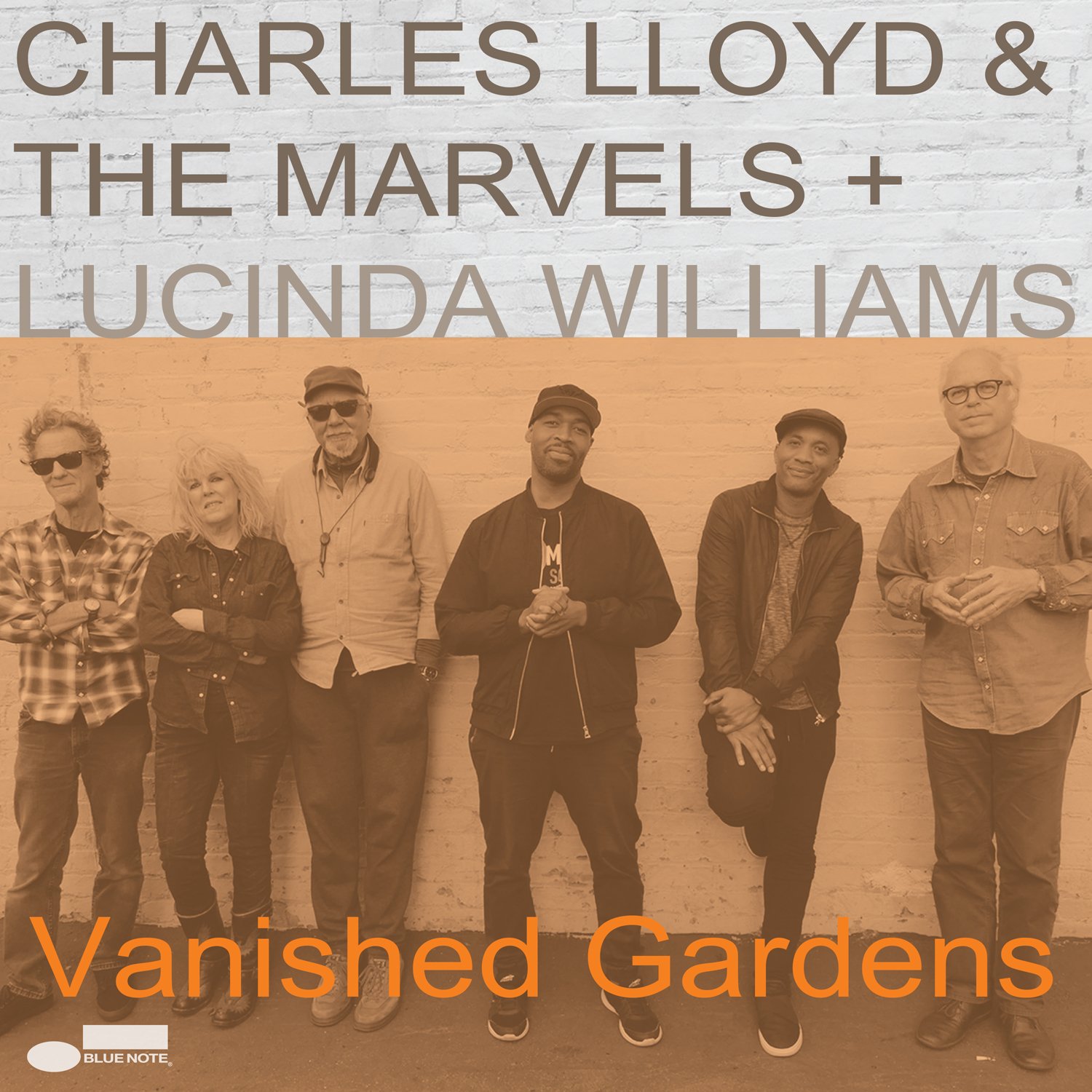 Jazz saxophonist Charles Lloyd and Louisianan folk-rocker Lucinda Charles have combined for a blues drenched summit, Vanished Gardens. Both artists paid their blues dues. Lucinda began her career playing deep cuts from Robert Johnson and Memphis Minnie, while Lloyd blew in Howlin’ Wolf’s band. Throw in Americana, rock, country, and shake it up to create this sonic landscape. The  Marvels consist of  Bill Frisell on guitar, Greg Leisz on pedal steel guitar and dobro, Reuben Rogers on bass, and Eric Harland on drums. Vanished Gardens was produced by Lloyd, Dorothy Darr, and Don Was.

Williams moaning vocals showcase her poetic gifts and the Lloyd’s soaring sax make this one of the year’s better releases.

Williams’s moaning vocals lend language to the instrumentalists’ improvisations, and their musical inventions trace the implications of her literary forays. A landmark achievement.

Barry Goldberg in BCI #13 talks about his great fortune playing with Mitch Ryder & The Detroit Wheels on “Good Golly Miss Molly/Devil With The Blue Dress” on his first session, going electric with Bob Dylan, The Electric Flag, Michael Bloomfield, Jimi Hendrix (then Jimmy James), his band with Steve Miller and how he got turned on to the blues in Chicago during the 1950’s. His blues apprenticeship with Muddy Waters and Howlin’ Wolf paved the way. Now he’s in The Rides with Stephen Stills and Kenny Wayne Shepherd. Some tasty piano licks fill in the gaps.

The Zelig of rock, Barry has played with Dylan, Hendrix, Stills, Steve Miller and many more. Take a look back with Barry…

At once a classic rock primer, an auto-biography, a paean to the blues and an origin story, "Blues Rock Hits Soul Countr…